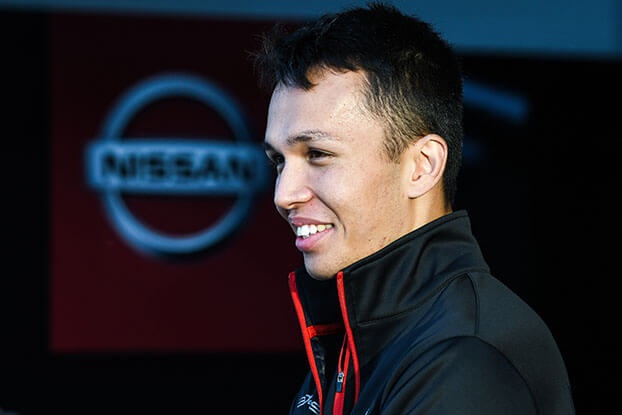 The championship begins its fifth season with the "Gen2" Formula E car; the chassis, battery, powerplant and aerodynamics are all new. Formula E will also feature a new race format that will demonstrate the improvements in battery technology.

"We won't have the change of cars midway through the race, which highlights the fact that the technology in the batteries has been improving massively in just a few years," said Buemi.

"The car looks very different. I think it looks great. It's also more powerful, and the range is much better."

"He's got a lot of experience already," said Buemi.

"He's been racing in many different single seaters. I'll do the best I can to support him and give him as much advice as I can before the start of the season."

Albon is currently second in this year's FIA Formula 2 championship and recently took victory in the Formula 2 feature race in Russia.

The 22-year-old Formula E rookie is also eagerly awaiting the chance to work with the 2015/16 series champion.

"He's got the most the most wins, most poles and fastest laps. He brings a lot to the team and there will be a lot I can learn from him.

“He's vastly experienced with energy management, and that's so important in Formula E. I plan to try to learn as much as I can and soak up everything."